Hiren Kavad from Bhavnagar holding a degree of Bachelor’s in IT engineering is a passionate freelancer in various fields of art, such as acting, writing, and also in the field of technology like IT and consulting. He currently lives in Ahmedabad.

Inspiration of becoming a writer

He believes that people inspired him more than writers and he also firmly believes that every person has a story and every person is story teller as well. He was inspired by the people around him, their culture, day to day life and diversity in the normal life and thus he decided to become a writer so he could see his dreams realized.

Interesting fact about him

He says that he is not a writer, philosopher, programmer, consultant or an actor. He considers himself as an explorer . These are the things by which he makes things for living with love. These things are medium through which he explores himself and the vast universe.

When he was pursuing his Bachelor’s in engineering in third year, his mind was clicked by an idea based on his experiences, imaginations and observations. In this way he got his first love story called “Romantic Exams” which he didn’t choose but instead story choose him based on his three properties and thus he decided to spread it over to readers all over.

He has self-published 3 Paper Back Books, “Buddha Says” in English language, “Chanchal Hriday” and “Cocktail” in Gujarati language.  He has published 50+ eBooks on Matrubharti in which most of them are Fiction eBooks and some of the eBooks are in philosophy and nonfiction category of which most of them written in Gujarati language. ’ His novel “The Last Year” is reader’s all-time favorite and most downloaded and also his novel “Necklace” is one of the most popular eBooks on Matrubharti. He has published around 7 to 8 books on News Hunt now known as Daily Hunt and few published in paperback when he was not aware about Matrubharti. His paperback “Buddha Says” is quite popular on amazon in foreign countries.

He gets ideas based from his real life experiences, imaginations, observations and some of the stories are based on true incidents also. He prefers to write in his two favorite categories that is fiction and philosophy. Regarding languages he prefers Gujarati but sometimes he also loves to write in English.

Authors and Books he likes

He considers his friends who have been much supportive and pushing him towards writing. He also considers Mr. Mahendra Sharma from Matrubharti who has supported him a lot throughout his journey of writing.

From the internet he came to know about Matrubharti and since then he is connected with Matrubharti. The most important thing which he likes about Matrubharti is that it’s a platform for both readers as well as writers. Further he adds, “There is no extra layer for readers and writers to communicate. They can connect with each other very easily which is a wonderful thing.”

He is benefited from Matrubharti a lot. He is grateful to Matrubharti for getting really lovely friends and fans. Besides that he has been rewarded well financially by Matrubharti, that is really fantastic, he adds. He considers himself an author with bank balance.

His views about life are: “Life is fragile, you never know what’s going to happen next and that’s beauty of life. It’s not for change, ambitions and small target. Life is to live with love. Because it is the love because of which we are here.”

To his loved readers he says: “Don’t be afraid, give it a try, Live it up and you will love it.” He says perhaps every reader expects entertainment or some value through books. People want to be inspired and they find inspiration in characters. People seek love, they expect love from book. Thus he gives them love with love, and he enjoys doing that. 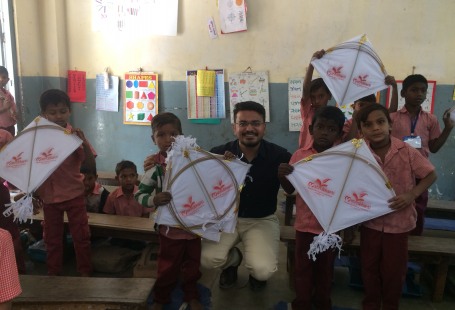 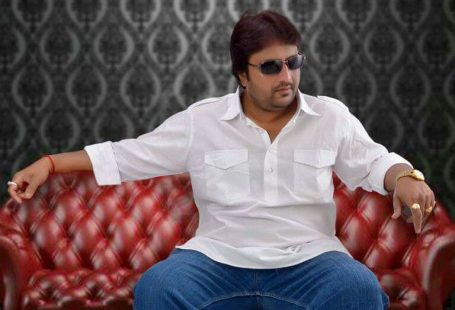