Chetan Gajjar is a manager in Pharmaceutical Company. He is holding a Master degree in Pharmacy and is also known as a passionate writer from Vadodara.

Journey of becoming an author

His journey of becoming an author started since his childhood. When he was a child, he used to observe incidences happening around him, think over it and form stories when he was sitting alone. Generally, he used to put himself in those situations and start forming stories. Where he did schooling, children’s were taught to become doctors or engineers as it is the trend today. Nobody ever motivated them to become an actor, a writer, an artist or a sportsman. Chetan was a bright student, born and brought up in middle class family. His parents thought that he can make bright future in other careers, so Chetan did not even think of becoming a writer.

The most interesting thing about him is the urge of writing which was breathing inside him and he discovered it, but it took a while to realize that he can write. It was something, which had come out step by step. He realized that story writing is not magic when he came across “Five point someone” by Chetan Bhagat. Next when he realized that he can write anything after reading “Company of Women” by Khushwant Singh. Soon he realized that it’s not compulsory that story should be interesting after reading “White Tiger” a book by Arvind Adiga. Finally, Chetan decided that he too can write and a writer was born… He tried to use words like Chetan Bhagat, think like Khushwant Singh and subjects similar to Arvind Adiga. This way his writings have a unique blend of several renowned authors.

He started his first novel in the year 2011-2012 titled “Vishnu Marchant.” One fine day when he was reading Times of India he came across the data of sex ratio in India, from that day itself he started thinking about the issue and suddenly he came across the concept of “Vishnu Merchant” who remains unmarried and finally loses his mental stability and commits rape. On the other side of story, Vishnu’s parents had killed female fetus to have male child.

So far he has written 04 short stories, 01 letter and 01 novel (15 chapters published till date) in Gujarati language and all are published in Matrubharti Application. His story “Potanu Ghar” is the one which is most liked by readers and other story “Ichchha mrityu” is one of the most downloaded in Matrubharti which is about two friend’s perspectives towards LIFE and DEATH and finally how they end it.” His very first novel is also getting good reviews from readers and thus appreciated by one of the readers, in his own words- I take the liberty of comparing this novel with ‘The White Tiger’. Both stories are narrated by protagonists but ‘Vishnu Merchant’ rises above, addressed social issues and are in every way engaging.

Ideas based on real life and imagination

He gets his ideas based on real life observations or reading with blend of imagination. This could be found in his short story “POTANU GHAR”. The concept is, in India many families do not own a house. In one incidence a man was killed and his family accepts money for out of court settlement instead of justice to support dependent children.

He prefers to write in nonfiction, mythology or any subjects which focus on social issues such as Female Fetus Killing, Caste System, Exploitation of Economically and Socially backward class people, Gender inequality, Superstitions, Misinterpretation of religion, Cheating in the name of GOD, Killing women for dowry, by declaring them witch and many other subjects inspire him to write and in this way he tries to covey his thoughts to the people. Thus one can say that he is reformist in his ideas. Readers would expect realistic approach in storytelling and unique concepts from his novel and stories.

Authors and books which inspire

His favorite writers are Jumpa Lahiri, Devdatt Patnaik & Chandrakant Bakshi. The writers which inspire him the most are Khushwant Singh and Rabindranath Tagore. Three favorite books of him are “Company of Women” by Khushwant Singh, “The White Tiger” by Arvind Adiga,” and The Namesake” by Jhumpa Lahiri.

Supportive ones throughout his journey of writing

He considers Rajbhai (First reader of his novel, first critic), Reeta (His wife), Hardik Gandhi, Dhimant Trivedi, many readers and Matrubharti supportive throughout his journey of writing & becoming author. He first came to know about Matrubharti when he was searching for Gujarati books on Play store. Later on he contacted CTO Mr. Mahendra Sharma. Soon his novel and stories started appearing on Matrubharti website. One thing which he likes about Matrubharti is about publishing the content of the writers without facing any difficulty. Because initially it is very tough for struggling writer to publish his/her work. He faced same problems as other new writers.

He appreciates that Matrubharti, A Self Publishing platform in India accepted his first novel, making it easy to publish and gave an opportunity to connect with people and also support from Matrubharti team is amazing, whereas on the other side when he was not aware about Matrubharti, he tried to contact many publishers for publishing his novel but some rejected due to his concept and some because they were not interested to publish the content of any new writer. Now, many unknown people are reading his stories through Matrubharti Application. Every download and review from readers gives him infinite happiness and satisfaction of a job well done.

His views about life is Freedom although its myth according to him. Nobody is 100% free so he requests readers try to give freedom to your companion, children, mother, father and everyone around you. Do not even be slave of imaginary GOD or DEVIL.

Message to his readers

Message from him to his readers is “Keep Reading”, “Please do not forget to post your review”. Your few words can enhance confidence of a writer. Every writer is starving for reviews from his/her readers. Thus he emphasizes more on reader’s response and feedback. 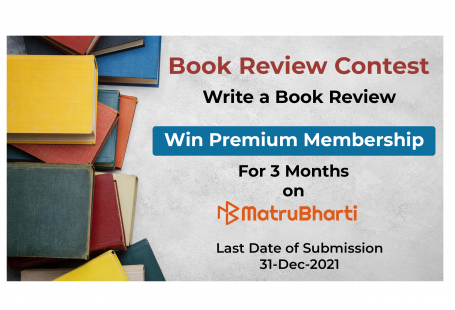 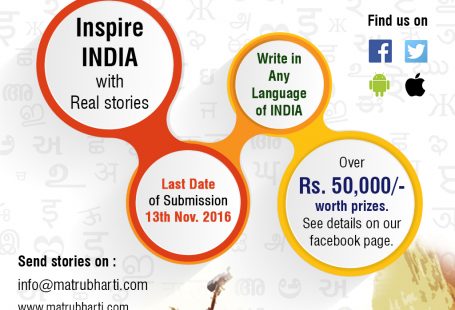 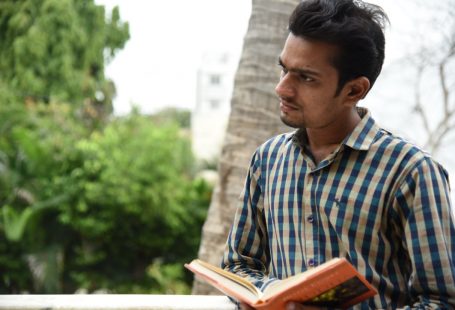