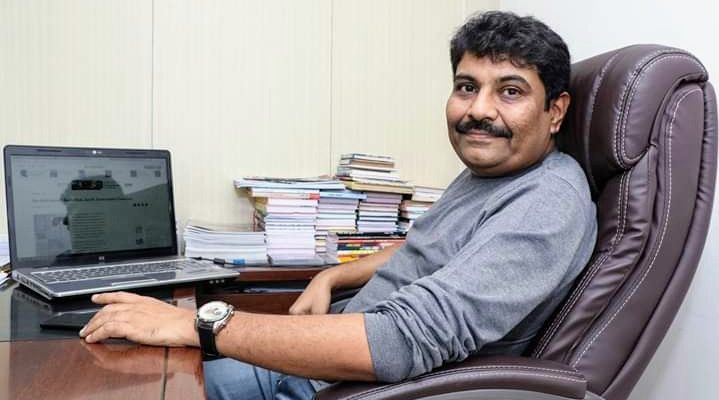 Well-Known Writer & Journalist, Aashu Patel sits on the other side of the table for a change, in an exclusive interview with Samayara

well-known name in the world of Gujarati journalism, Aashu Patel is a self-made man who started his journey equipped only with dreams and fueled by his ambition. He came to Mumbai at a young age of 18 before three decades and that was the beginning of a struggle that took him to the highest peaks as a writer and a journalist. Before he came to this city of dreams, he worked in the family fields as a farmer, did magic shows and also became a shopkeeper. Once in Mumbai, he started his career as a reporter and went on to become the editor in various popular Gujarati daily newspapers.

Known for his and for being the first journalist to write in-depth on the Mumbai underworld, today he is also known to be an inspiration for millions who read him. Versatile as an author, he has penned over 40 books spanning across the genres of crime, fiction, inspiration, suspense thrillers, non-fiction etc. Two of his books have been published in English. He had been invited by the United States government as a guest in September 2004 and the government of Macau in October 2005. His book ‘Madam X’ has been translated into English and is soon to be adapted for the screen by prominent Bollywood director Tigmanshu Dhulia.

Following are some snippets from his kaleidoscopic life:

What can you tell us about the time when you first came to Mumbai?

When I came to Mumbai, I lived with my cousin sister for a very short period of time. Despite the insistence of my sister and her husband to stay with them, I felt it was time to move and manage to live on my own. I began my career as a trainee in Abhiyaan weekly. At the time, the salary that I was getting paid was not enough for me to be able to afford a house. I left my bag at my office of Abhiyaan magazine and once working hours were over, I would travel in the local trains of Mumbai to the last station and back. I have spent several nights on the benches at Virar Railway Station in Mumbai. In the last days of the month, I used to spend days without food as I wouldn’t have money. I never felt comfortable asking for money from others and because I was new in Mumbai, I didn’t have friends.

Because of irregular sleep, undisciplined life and insufficient food, my intestines were badly affected. I would often get stomach aches that I would ignore. After two years, the pain became unbearable. Doctors could not diagnose and narrow down on the reason behind the pain, which only made my condition worse. When they could finally diagnose the problem, a large part of my intestines was infected and had to be removed through a super major operation. It had become a question of life and death. At a young age, I had to lose a major part of my intestines. It affects me even today.

How did you decide to become a writer-journalist?

In my village, I used to work in a small shop that my family owned that would sell every essential thing people would need. This is also the time when I had tried my hand at becoming a magician. A library had shut down in a nearby village and my elder brother brought all the books at our shop. We arranged them in a corner of our shop and began a circulating library from our shop. I had read every word in all of those books. Once I had read so much, I couldn’t stop there. I began writing letters to famous people and well-known newspapers. As a teenager, I had written a letter to the then Prime Minister Rajiv Gandhi, with suggestions on how he should run the country! I had also received a reply stating that they would consider my suggestions! Such incidents built the foundation of my dreams.

In 1986, I wrote a letter to veteran Gujarati journalist, Kanti Bhatt. He had begun a magazine named ‘Abhiyaan’ with veteran Gujarati journalist Sheela Bhatt and publishers Avinash Parekh and Ketan Sanghvi. I used to write letters to Kanti Bhatt. One day, he sent me a reply stating that I could become a journalist. I was in eleventh grade then. After speaking to my family and with 350 rupees in my pocket, I left for Mumbai.

When I met Kanti Bhatt, he was shocked to see that I was only 18 and had not completed my graduation. He asked me to complete it first and then come back. He thought it was silly to come to Mumbai just like that. Coincidentally, Hasmukh Barot, the Executive Editor of Abhiyaan was also present there. He asked me to come to the magazine’s office at eight in the night to meet Editor Sheela Bhatt. When I met her, she asked me to tell her what the headline of that day’s newspaper was. I didn’t know that. Hasmukh Barot took my side and asked her to give me a chance to prove myself. She agreed to appoint me as a trainee reporter but warned me to prove myself in a month or leave the publication. Rest is history.

I was on the ninth cloud after getting a job in Mumbai. It was decided that I had to call Kanti Bhatt every morning at 8 a.m. and he would assign me some work if he had any. The day after I joined as a trainee, he asked me to pack a bag of clothes and go to the domestic airport in Mumbai. I had to meet someone there. When I reached the airport I got to know that a team of journalists was to travel in a chartered flight to Jaunpur, Uttar Pradesh for the inauguration of Aga Khan Hospital. I had never travelled in an aircraft before that day, let alone a chartered plane. After spending three days in Jaunpur, I came back and wrote a 15 pages long report. When I gave it to Kanti Bhatt, he tore it into pieces and threw it away. That was my first lesson – to always write an article by keeping the reader in mind.

You write an extremely popular and life-changing inspirational column ‘Sukh No Password’ in ‘Mumbai Samachar’ daily. When were the seeds of this column sown?

I was born into a simple farming family in a small village in Gujarat’s Jamnagar district. Because my father was a farmer, I too have worked in the fields. A little away from my village lived a saint named Hardas Bapu. I would often go see him at his little hut and spent time with him. Even though this was decades ago, I clearly remember Hardas Bapu. His image will never leave my mind. He was wealthy but renounced his riches and embraced the life of a saint. He used to play an instrument called ‘ramsagar’ and sing bhajans and folk songs that were full of life lessons. There were times when I would play ‘dholaks’ as he sang and got so engrossed in his singing that I would stop playing and tears would stream down my face. He used to tell me ancient folk tales, that would leave an impact on my young mind. This was an unforgettable experience.

I used to read the Mahabharata and the Ramayana for my grandfather as a child. My father and my grandfather were not educated yet they would tell me stories that I remember even today. I think this is when the seeds of ‘Sukh No Password’ were sown.

Tell us about one unforgettable anecdote from your reporting days.

There are many anecdotes but there is one that I can remember right now. The Mumbai police had shot down three sharpshooters of the infamous Arun Gawli gang in don Gawli’s house. When I reached the spot for reporting, my shoes became tainted with blood that was on the floor. I remember that day well. After reaching home, I had washed my blood-stained shoes.

Is there an incident that has brought tears to your eyes?

There are several incidents that have happened over the years that have made me emotional. Because of working as a crime reporter for several years, a lot of police officers became my friends. One of such friends was encounter specialist Vijay Salaskar. In 2008, we spoke on call and as we hadn’t met for a long time, decided to meet the next day. That night, the 26/11 terror attacks that happened in Mumbai. Then I got the news that Maharashtra’s Anti-Terrorism Squad’s chief Hemant Karkare, Deputy Police Commissioner Ashok Kamte and Anti-Extortion Squad’s chief Vijay Salaskar was martyred in the terror attack. This incident not only made me emotional.

How did you think about moving to films from active journalism?

I didn’t move to films, films moved to me. One day, when I had come back from the United States and was resting because of jet lag, a businessman friend Vivek Vaidya, called me up and said that Jituji wanted to meet me. I thought he was talking about one of our friend Jitu so I told him to postpone the meeting as I was very tired. That is when he told me that he was talking about filmstar Jitendra! At that time Balaji wanted to make a movie based on the underworld. I had already done a lot of research on the underworld and was also writing a docu-novel in ‘Gujarat Samachar’ daily titled ‘The Don’. We met Jituji and he introduced me to director Tigmanshu Dhulia. However, that film was shelved but Tigmanshu Dhulia and I became very good friends. Later on, Jituji invited me to be a script consultant for the film ‘Once Upon A Time In Mumbai’. That is how my journey with the film industry began. Tigmanshu Dhulia is now making a movie based on my English novel ‘Madam X’.

What are you writing next?

I am working on a lot of projects. I am researching for my next English novel for four years. My docu-novel ‘Once Upon A Time’ on the underworld will soon start on a popular Gujarati website ‘Matrubharti’. I am also working on a suspense thriller novel for Gujarati daily ‘Mumbai Samachar’.

Do you need a certain kind of environment to write?

(Smiles) “I can write in any environment. I have written in a crematorium in front of a burning funeral pyre, in a flight, aboard a train, in a hospital in the middle of the night when one of my close friends was critical and in many different situations.”

(Presently Patel is the editor of well known Gujarati magazine ‘Cocktail Zindagi’. He also writes a weekly column in ‘Divya Bhaskar’ and daily columns in ‘Mumbai Samachar’ and ‘Mid-day’). 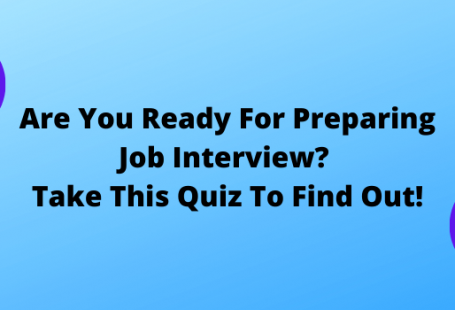 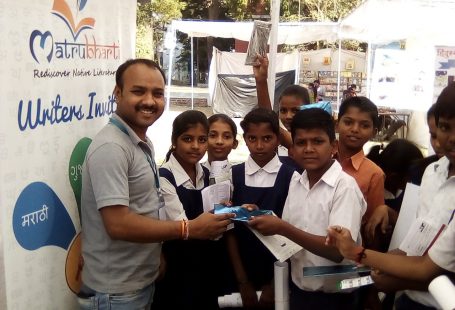 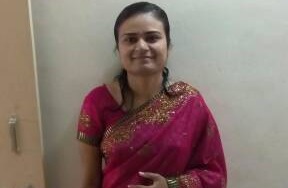